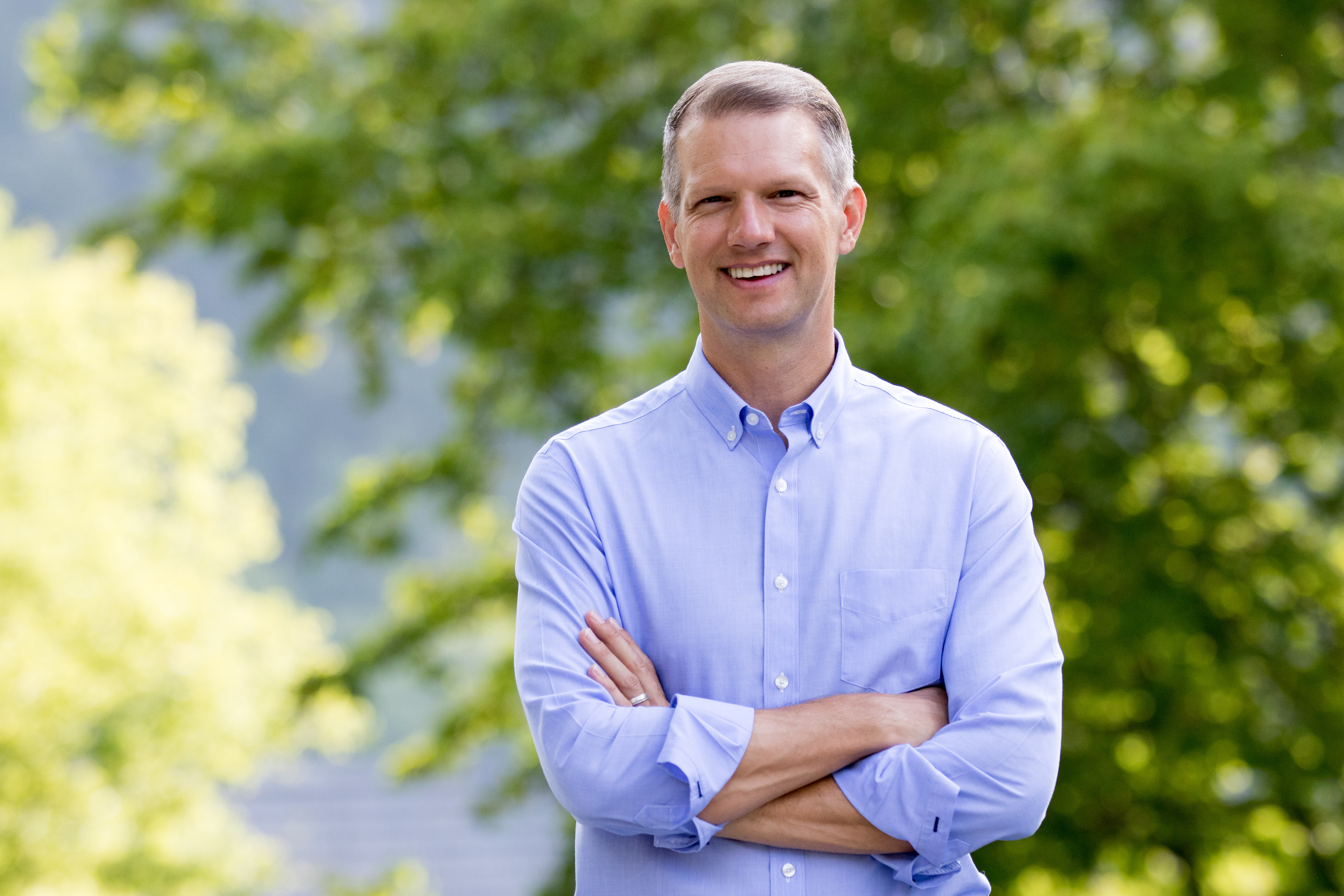 Riley Moore is West Virginia's 25th State Treasurer and was elected in 2020. Born in Morgantown, Treasurer Moore started his career as a welder. He received an undergraduate degree in Government and International Politics from George Mason University and a Master’s Degree in Strategic Security Studies from the National Defense University at Fort McNair.

For many years, Treasurer Moore served as a national security advisor to the Foreign Affairs Committee in the U.S. House of Representatives. He also worked as a contractor with the Department of Homeland Security. He most recently worked in the defense and aerospace industry at Textron.

In 2016 Treasurer Moore was elected to the West Virginia House of Delegates to represent the 67th District, which includes portions of Jefferson County – including Shepherdstown and his home in Harpers Ferry. He served in House leadership as an assistant majority whip and in 2018 he was named the incoming Majority Leader of the House of Delegates. In one term Treasurer Moore sponsored 24 bills that became law that were aimed at protecting individual freedoms, making West Virginia a better place to do business, and ensuring government works for you.

Treasurer Moore took office in January 2021 and immediately went to work with the focus to make the office more modern, transparent, and accountable. In his first term, he reduced the size of the office by 5 percent and returned $15 million to taxpayers. During the 2021 Legislative Session, he championed nine bills which became law. One of his top priorities was the Jumpstart Savings Plan, which allows individuals who wish to pursue a vocation or trade to make tax-free contributions to a savings and investment account that can then be used to help cover business startup costs, equipment, tools, certifications, and licenses needed for their occupation. His inspiration for the bill came from his own experience as a welder.

He and his wife, Mina, reside in Harpers Ferry with their three children.